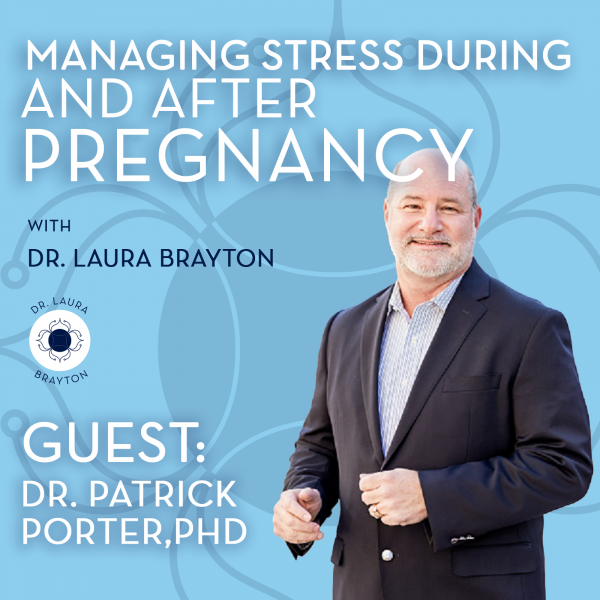 Managing Stress During and After Pregnancy with Dr. Patrick Porter, PhD

In late 2020, Patrick K. Porter, PhD was the honored recipient of the Lifetime Achievement Award by the Interdisciplinary Association of Functional Neurosciences and Rehabilitation (IAFNR), and for good reason. Over a career spanning more than three decades, Dr. Porter has been on the cutting edge of brainwave entrainment technology.

He was co-developer of the first personal light & sound brain training machine, voted “Best New Gadget of the Year” at the 1989 Consumer Electronics Show and later developed one of the largest and most popular self-help franchises. He’s since become a highly sought-after expert within the neuroscience and personal improvement industries.

Dr. Porter is also the dean of mind-based studies at the International Quantum University of Integrative Medicine (IQUIM). Dr. Porter’s successes have been featured in NPR, The Wall Street Journal, BusinessWeek, People, Entrepreneur, and INC, as well as ABC, NBC, CBS, CNN, and the Discovery Channel. His SleepRX program was voted the best sleep app of the year by Health Magazine.

He is the author of the award-winning bestseller, Awaken the Genius, Mind Technology for the 21st Century, which was awarded “Best How-To Book of 1994” by the North American Book Dealers Exchange. Awaken the Genius is translated into four languages and more than 150,000 copies have sold globally. He also authored Discover the Language of the Mind and Thrive In Overdrive, How to Navigate Your Overloaded Lifestyle, among others.

For ten years, Dr. Porter hosted his own show on WNIS radio in Norfolk, Virginia. Previously, he was the host of a Phoenix television show. As an independent consultant, he wrote Hidden Solutions and Awaken the Genius programs for the State of Arizona. He also created Mind-Over-Cancer, a guided visualization program used in medical facilities to assist patients receiving cancer treatment to better manage stress and side effects.

Dr. Porter has produced an arsenal of over 1200 audio-recorded motivational programs and narrated visualization sessions and has sold more than 3 million books and recordings worldwide, all uniquely designed to empower humanity. He earned his doctorate degree from Louisiana Baptist University in 1992 in Psychology of Christian Counseling and later became a licensed trainer of Neuro-Linguistic Programming.